The cars are mostly housed in the Warehouse behind the hotel, what we call "The Stable". The entrance to this building is on the side street of Waterstreet. This is a historic building that originally was used by the City of San Francisco as a stable ( in 1915 L. Borghi originally stored 3 horses).

The Field brothers love mostly their original rides, and being avid surfers this meant woodies.

Perhaps the most iconic classic surf mobile, the woodie's roots go back to 1929. A hold-over from the horse-drawn carriage, designed to carry people and luggage to and from train stations. By the 1950's they started to be sold as used cars and were a cheap and roomy option that the surfers could afford and take everywhere to their surfing trips along the California Coast.

The collection also has many Microcars. Microcars are defined as "compact, small engine cars, designed to be used in big cities". The Microcar was originally manufactured after 1945.

You can see some of this rare and unique inventory of cars by scheduling a private tour or the Stable, while staying at the San Remo Hotel in San Francisco. 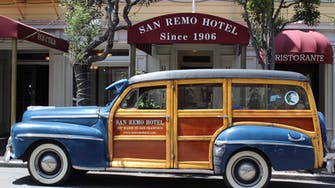 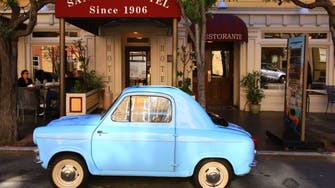